95% of humanity is blocked by environment, diet or habits. Who is in control of this state of affairs? What is the role of the anunnaki in what’s happening in the world? How do we stay on our own spiritual paths? On this episode, we are joined by Gerald Clark who goes into detail on these topics and also shares his interesting life story.

Humans are sensitive to their environment, possibly from an energetic standpoint. -Gerald Clark

Listen to the full episode:

At the start of the show, Gerald shared his story and how he got to where he is. He also shared how his interest in the origins of mankind came about, and what he has learned about the changes that can happen to the species. We also spoke about the intelligence all people have, the state of the world, the story of who we are as a species and who really runs the world. Gerald also spoke about;

Humanity is being controlled through the economic system, and it isn’t by accident. The old dominion forces have been running the planet by keeping us dumbed down. Until we untether ourselves from being an asset of the system, we’ll remain enslaved. We shouldn’t be discouraged by the state of the world, because there’s always going to be creation and destruction happening simultaneously. There is hope for us if we stay on our spiritual paths. Guest Bio Gerald R. Clark is a best selling author of “The Anunnaki of Nibiru” and “The 7th Planet, Mercury Rising” as well as a international radio personality and speaker! Go to GeraldClark77.com to learn more about his work. To Get Your FREE COPY of the Amazon Best Seller: The Definitive Testosterone Replacement Therapy MANual, Click Here! The TRT MANual has helped hundreds of thousands of men around the world reclaim their health and vitality. Don’t suffer in silence a moment longer! As an added bonus, upon finishing the book-once you provide a Thoughtful, High Quality Review on Amazon (hopefully 5 STAR), we will send you our new unreleased eBook 7 Lies You’ve Been Told About Testosterone for FREE.* (To receive book, email jay@trtrevolution.com a screenshot of your posted review and request a copy of the book.)

PS. Ready to Feel the focus of the World’s Most Powerful OTC Nootropic-EMF? 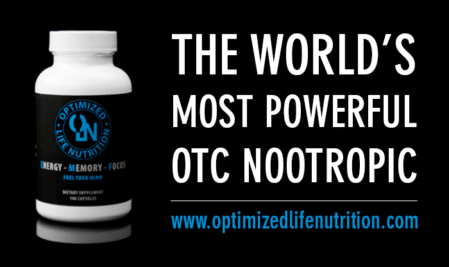