Do you ever stay up too late watching Netflix and curse yourself when the alarm goes off the next morning? It’s a far too common problem I see clients make. You know a lack of sleep is correlated with bad stuff (yes, that’s the scientific term) But seem unable to see the big picture in the moment. While watching the Netflix documentary Jerry Before Seinfeld past my bedtime last night (oops), he addressed this failure of adulthood. (Paraphrasing Jerry’s words)

“I’m Night Guy. I stay up as late as I want. Just one more episode, another sleeve of Oreos ‘What about getting up after five hours sleep?’ Oh, that’s Morning Guy’s problem. That’s not my problem. …Then you get up in the morning, the alarm rings, you’re exhausted, groggy… Oh, I hate that Night Guy!  See, Night Guy always screws Morning Guy. There’s nothing Morning Guy can do.”

Research shows that when we think about ourselves in the future, it’s like we’re thinking about another person. So Night Guy goes out drinking with his friends and Morning Guy gets stuck with the hangover. There’s Hungry Guy who leaves Fat Guy with a beer gut, Young Guy who doesn’t save enough money for Old Guy to retire and so on.

Reframe How You See Yourself In The Moment

So, what can you do to avoid self-sabotage? How do you see the big picture, able to put off immediate gratification to get more sleep, eat better and exercise when that devil on your shoulder is telling you to do the opposite? Researchers suggest you can change your thinking on this by introducing yourself…to your future self. One clever way they have done this is to show people pictures of themselves that have been digitally aged. If you’re looking to lose weight, use pictures of yourself digitally fattened up and refer to that mental image in the moment. When you see older or fatter versions of yourself, you are more likely to see your current and future self as the same person. As the researchers said, “these types of interventions help people realize that their future selves are ultimately dependent on the choices that they make today.” Your choices today shape your future – good or bad. Start confronting the ramifications of your choices in real time, and become more self-aware as a result.

Your motivation is never higher than when you start, but what happens when it wears off? Bingo. You fall back into old habits. You need to come to grips with the mindset failures holding you back. Here are a few of the worst, and what you can do to manage them so your diet sticks this time. 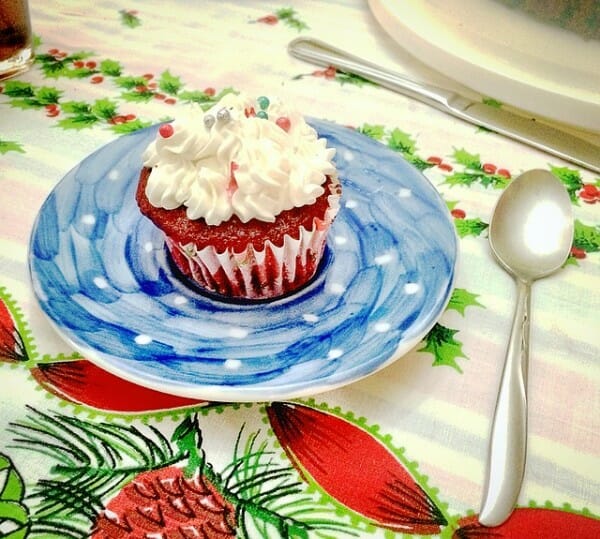 “I might as well eat this entire red velvet cake, because my diet starts on Monday and I’ll be good then.” Sound about right? You think there’s time to start later, but poor food choices today are setting you back further. Try to recognize when you are rationalizing an unhealthy decision, and remind yourself why you want to change in the first place. Again, picture a fatter, older version of yourself before deciding if that cake is worth it to you. That brief wake-up call, combined with a reminder of your reason for wanting to change in the first place, will hopefully overrule the short-term satisfaction of that cake. *However, you can have your cake and get lean in moderation, too (see #2)

Adopting a healthy lifestyle doesn’t have to be all or nothing. You may think of your success or failure in black-and-white terms–but that’s not how it works. You don’t have to be ALL IN or ALL OUT. A “fun” meal or piece or two of red velvet cake can fit into a healthy lifestyle. The problem with most people who start and fail is they see these momentary lapses in judgment as major setbacks, when really they are minor speed bumps. To steal a phrase from The Alchemist: “One dies of thirst just when the palm trees have appeared on the horizon.” There are plateaus along the way – but in the past you’ve seen them as dead ends when they’re just detours. You need an intelligent game plan in order to reverse this trend of starting and stopping, while allowing yourself the odd indulgence.

Grab this free Mansformation cheat sheet and get a simple and sustainable nutrition plan to follow. Warning: You might need to create a new hole in your belt as your waist shrinks…

Focus on “Approach Goals” that develop small, achievable habits. Such as “Eat protein with dinner” or “eat three different types of vegetables today.” Avoid “Avoidance Goals” such as “Never eat ice cream” or “no eating after 6 p.m.” as you’re likely to feel restricted.

Over my many years of coaching, there’s little relationship between a person’s “busyness” and their transformation success. It’s about managing priorities, not time. You will have to make time for exercise and preparing quality foods – no doubt about it. The 15-minute miracle workout to a six pack is not reality. However, it doesn’t need to involve Crossfit WODs and puke buckets. Check out Jim’s Forged Training protocol for a solution. Fitness doesn’t have to dominate your life. Keep it simple.

When it comes to food prep, think protein, smart carb (depending on your insulin sensitivity) and veggies. Come up with one or two go-to meals with simple components that can be swapped out for endless variations.

Cook up enough protein (ground meats work here), rice or potatoes (a big pot on the stove takes little time at all) and a tray full of veggies in the oven.

Basically, every week at the store you know you need to pick up a package or two of ground meat, a few picks from the produce aisle, and a bag of rice or potatoes. Done.

When you want to make an excuse to overindulge, it’s amazing how easy it is to justify it. “It’s my cat’s birthday, let’s celebrate with a box of cookies” “My car has gone 4 months without an oil change, let’s celebrate with a Big Mac, OK, baby?” (yes, you talk to your car… weirdo) So what gets in the way of your best-laid plans when you start changing habits? Your vulnerability to instant gratification. When a tempting object is staring at you, like that donut in the office lunchroom, the reward system in your brain kicks in. It’s a challenge for us all. But it’s not about restricting yourself.

Set some ground rules instead. Identify the time of day and environment where you most often slip up. Maybe work is the place you cheat on your diet the most. Prepare a lunch and avoid the area most commonly used as the “dumping ground” for sweats and leftover treats. Or, if weekends do you in, plan ahead for that party. If you know there will be temptations, use the fasting protocol Jay and Jim outline in the Metabolic Blowtorch Diet, and set some boundaries when you do get to the party. That could mean vowing to stop after two beers, or telling yourself one serving of dessert is the limit. Share with your spouse so he/she keeps you accountable. If you’re the type to go all Frank The Tank in the moment, it might be best to fast 24 hours prior and give yourself a healthy calorie “cushion” Again, remember to picture a fatter, unhealthier version of yourself before making these decisions. Or, hell, grab a hold of those love handles before taking another bite or buying another round. That might piss you off enough to put down the fork and mix in a water instead.

Mitch Calvert is a transformation coach for men like his former self, with worse genetics than Chris Farley. Yes, the chubby dude from Tommy Boy. Get Mitch’s free “Mansformation Cheat Sheet” to simplify your diet and start shedding that stubborn belly fat.