When I was 16, I went to the dentist (not for the first time), and I found out that I had over a dozen cavities.

This is was somewhat shocking, as I had NEVER had a cavity before this.

I didn’t know why, and the dentist told me it was probably from sugar. After some retrospective analysis, I realized that my daily fluid intake included

-“fruit juice” which was made from corn syrup and juice concentrate

I didn’t have a weight problem at all, I felt healthy, and it never occurred to me that most of what I was drinking was “sugary” at all.

If you had asked me if I LIKED sugar, I would have said NO.

However, I was readily consuming over 150 grams of sugar daily. 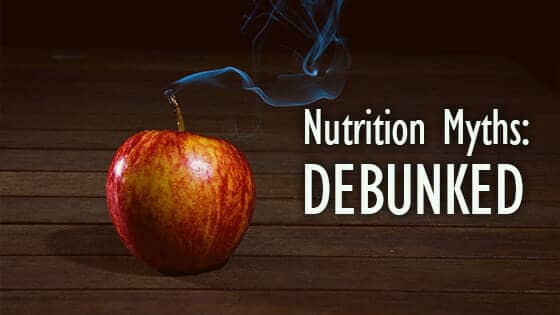 Sugar is counted as a carbohydrate, and as I started studying WHY I needed to cut back on sugar intake, I realized that I didn’t know a damn thing about health.

Carbs and sugar are different? Say what?

BUT all carbohydrates CONVERT to sugar (glucose) in the body. All Carbohydrates can raise blood sugar. But some not as much as others.

Figuring out carbohydrates is not a clear subject. In PRACTICE, it’s much easier to simply follow an “Eat this, Not that”  list and stick with it.

But if you want to understand the WHY, and you want to optimize your diet at all, you should educate yourself.

Trying to tell people “only eat this much sugar” would be great.

But if you do not understand which carbs are sugar, you are going to be massively confused

The 101 and 201 Rundown on Carbohydrates

The Human Body runs on Glucose as a fuel source. Glucose is a form of sugar.

Dietary carbohydrates are not mandatory in a diet truly.

You don’t “need” carbohydrates to live. But you do NEED glucose.

The brain consumes about 130+ grams of glucose a day. Your brain is fueled by glucose, and your brains accounts for 1/4 of metabolic rate. That is lot of energy.

Your liver can produce glucose. This process is called gluconeogenesis (glucose creation).

The argument against carbohydrates are often fallacious in presenting carbs as being “unnecessary” for diet.

This is true, you COULD live without them.

But this ignores the biological reality of carbohydrates being a VERY efficient energy source, and many carbohydrates contain many nutrients that you cannot get from other foods.

Relative to fueling the brain, carbohydrates are phenomenally efficient, far more than protein or fat.

Relative to fueling muscles for athletic exertion, carbohydrates beat fat and protein by many biochemical miles.

It also ignores the fact that different ethnicities have different metabolic preferences, and that a protein/fat diet is not tenable for many many people.

The premise of not “needing” carbs is myopic.

Absolutely necessity is NOT a rationale criteria for something being useful.

So it’s a stupid argument. If you want to OPTIMIZE your diet, energy levels, and overall nutrition, carbohydrates can be considered essential.

Sugar is Carbs, but not all Carbs are Sugar

All carbohydrates turn INTO sugar in the body (glucose). But NOT all carbs ARE sugar. Sugar is always considered a carbohydrate. This is important to differentiate.

White rice is very high in carbs. White rice contains almost no sugar. Barely one gram in a serving.

A bagel can have more fiber and less carbs than the same amount of rice. A bagel can also have far more sugar.

Its entirely possible to have a HIGH carb but LOW sugar diet. Its also possible to eat “moderate carb”, but if ALL of those carbs come from sugar, you’re arguably going to be in worse health.

All the Bluezone, 100+ years old healthiest people in the world, they all eat moderate carb diets. But their diets contain little to no sugar.

Sugar is not good for your health, for reasons we will get into later. And simple sugars are pervasive in many foods. They are not filling, they do not satisfy the appetite, and they prompt you to eat more. Ideally your sugar should be limited, and come from complex carbs, 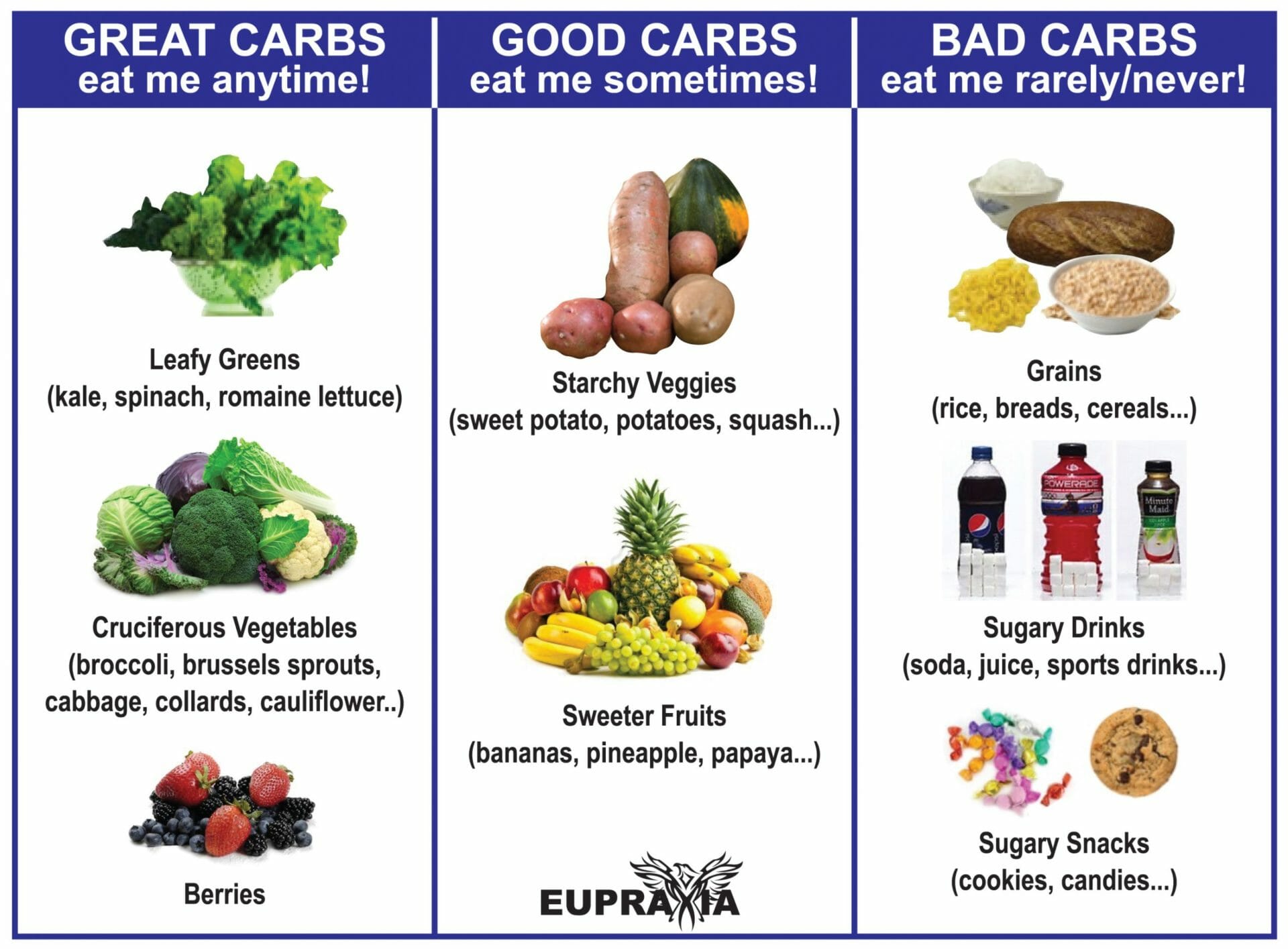 There are TWO Kinds of Carbohydrates

Carbohydrates are the most readily available food in the world.

It’s far easier to find carbs to eat than it is protein and fat. Mainly for the fact that carbs are largely all plants in some form or another.

And plants don’t don’t require hunting, although they often do require processing of some kind to be made edible.

So carbs are abundant.

For the sake of nutrition, carbs can be categorized two ways

Fibers (cellulose, lignin, pectin, etc) are not quite digestible carbs, and high fiber foods tend to not have much usable energy.

This means they tend to be lower in calories. These fibrous foods can have extreme amounts of micronutrients.

Vegetables are the most notable source of fiber. Fruits have fiber as well. So do things like whole grain breads and pasta.

Speaking from a naturalistic perspective, Vegetables and fruits are the most healthy carb sources.

They are low to moderate in calories, they are higher in fiber, and they higher in micronutrients.

You also have foods like tubers, which contain fiber and are higher in carbs. Tubers contain a broad array of micronutrients though, and are very satiating as well.

The caloric density of fruits vegetables, and tubers are quite low compared to grain based carbs. 1 cup (148 grams) of blueberries contains approximately 85 calories.

The equivalent serving of white potato contains about 130 calories. More than the blueberries, but less than the bread.

As for spinach, you’d have to eat pounds of the stuff to even make to 100 calories.

Simple carbs are easily digestible carbs that have little to no fiber. Most people consume simple carbs in the form of sugar. Table sugar, corn syrup, dextrose, gummies, candy, white bread, these things are all simple sugars or contain them.

Complex carbs are generally more satiating than simple carbs. Sugar is the least satiating of all

The Irish and Asian Paradox

Rice and Potatoes, and there are lots of different kinds of rice and potatoes, they both contain little to no sugar.

You could call this the Asian Paradox, or the Irish Paradox (which I just made up). How can cultures consume so much of a carb source, but have far less heart disease, obesity, diabetes etc?

This question has been asked in nutritional science, and I believe the major reason is that rice and potatoes contain miniscule amounts of sugar.

This is why you cannot demonize carbs wholesale. What KIND of carbs are we talking about?

All Carbohydrates raise blood sugar. Some more than others. If your blood sugar goes up, insulin release happens as well.

There are two ways of measuring this blood sugar response.

The first is called Glycemic Index.

The glycemic index is a little bit tricky. It works like this,

TO NOTE-When I say 50 grams of carbohydrates, I don’t mean “50 grams by a measure of WEIGHT”. If you recall reading, the same WEIGHT of foods can have far fewer calories. TO get 50 grams of Carbs from blueberries, that is 2.5 lbs of blueberries. To get 50 grams from bread, you only need one and a half slices of bread.

Also–wonder bread is the nutritional equivalent of pure glucose (wonder bread is awful for you for this reason, its basically sugar in bread form). Glucose and wonder bread raise blood sugar the exact same way

2. Scientists then took 50 grams of carbohydrates from others foods, had people eat those foods, and then measured blood sugar

WHY DOES THIS MATTER????

Because elevated blood sugar causes DIABETES and unless you are lean and mean and a fighting machine right now reading this, odds are your blood sugar management is awful and your health is not optimized.

Scientists studied this stuff because they realized diabetic people were overweight, being overweight is bad for you, and they wanted to be helpful and figure out what people should eat.

Unfortunately, this glycemic index ended up being somewhat confusing. Reason being, it compared equivalent amounts of foods not by WEIGHT (which means serving size), but by Carbohydrates. And as I pointed out with the blueberries, it’s not a reasonable way to compare foods.

Call this the Blueberry problem-

So the Glycemic Index says blueberries raise blood sugar and that fruit is BAD.

=Oh wait, nobody eats FIVE POUNDS of Apples, but people do binge on bread..maybe this Glycemic index is misleading people and creating alarmism.

GI doesnt account for serving size or actual eating behaviors. As such, its a misleading criteria to judge food by.

I do not favor diets based upon GI for this reason. Its an incomplete picture

Glycemic Load was an attempt to fix the GI.

Scientists compared foods by WEIGHT, not just by carbs, and they made a new scale.

The GL tells you how much a SERVING of a food raises blood sugar. This is more useful for insulin management, because it shows things like FRUIT, which is low in carb and calories, its actually not bad at all.

It also showed that things like whole grains and grain based carbs, those things are not as awesome as everyone thought. They can raise blood sugar A LOT, and relative to serving size, people tend to overeat them way way more. Oatmeal is great, but the Cheerios not so much. Glycemic load demonstrates that “non-processed” carbs are usually superior carb sources relative to blood sugar management.

The glycemic load also demonstrates that is simple sugars that raise blood sugar the most. The Starbucks, fruity pebbles, gatorade, and gummes arent doing you much good

Want to hear about the Insulin Index? (GOD NO PLEASE STOP)

Don’t worry, Im not going to go on about it. Its basically another flawed system where scientists tried to equalize calories and compare foods.

The insulin index I mention for ONE key reason that is important to note,

The difference maker is by HOW MUCH.

For carbohydrates, simple sugars raise insulin A LOT. So do baked goods, candy, and anything really sweet.

Complex carbs do not raise insulin as much. And for the carbs that do raise insulin and blood sugar a lot, you want them to be LOW SUGAR carbs if you do eat them (such as rice and tubers).

Why Does Blood Sugar, Carbohydrate Amounts, And Insulin Response Matter At ALL? 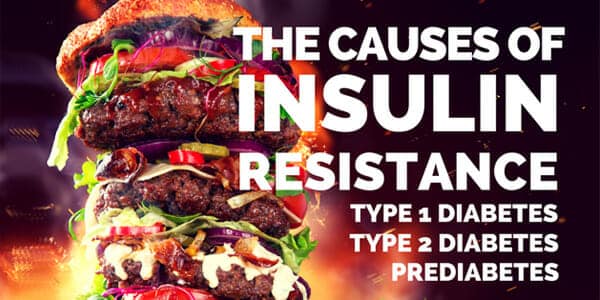 -Insulin gets released in response to blood sugar

-High blood sugar is quite literally toxic to the body

-If you are trying to improve your health, you must optimize your blood sugar management and insulin sensitivity

Does that Make Sense?

If so, then understanding carbohydrates should now be contextually easy to understand

-Not all carbs are equal. Different carbs affect the body differently

-GOOD carbs are higher fiber, complex carbs, and low in sugar. These carbs are the healthiest carb sources. They raise blood sugar the least, and result in less of an insulin response

-An Insulin controlled diet starts with accounting for carb intake

-BAD carbs are carbs that sharply elevate blood sugar, cause a heightened insulin response, are less satiating, are low in nutrients.

-Good Carbs are better energy sources because they digest slower

-Bad carbs are worse energy sources because of how fast they digest.

LASTLY, To FINALLY answer the question of how much sugar should you be Eating

This is the average recommended amount according to every major nutritional council, authority, and agency in existence, and I agree with it.

20-40 grams is about two servings of most fruit (say two apples).

In a future blog, we’ll discuss WHY too much sugar is bad for you.