This is the second part in our series debunking testosterone replacement therapy myths. You can read part one here. As previously alluded to, Greek and Roman myths make for good bedtime stories. However, believing myths about testosterone replacement therapy can potentially be hazardous to your health. Why? Because you’re rejecting it based on flawed assumptions. And few things such as TRT have an ability to positively and overwhelmingly improve your life. So I ask you to learn about other limiting beliefs on testosterone which have found their way into our society.

Without doubt, TRT can speed up hair loss for those genetically prone to it. This is primarily due to the conversion from testosterone into dihydrotestosterone (DHT). Nonetheless, the key is if you’re already genetically pre-disposed to male pattern baldness. The fact that TRT could exacerbate your hair loss should not stop you from undergoing treatment because you were going to lose your hair anyway. Sailing as a passenger through life with the symptoms of low testosterone to preserve a receding or thinning hairline is absolutely silly. Let me clarify: Testosterone in and of itself is not the cause of baldness. I’ve been on TRT for over a year and still haven’t experienced hair loss. 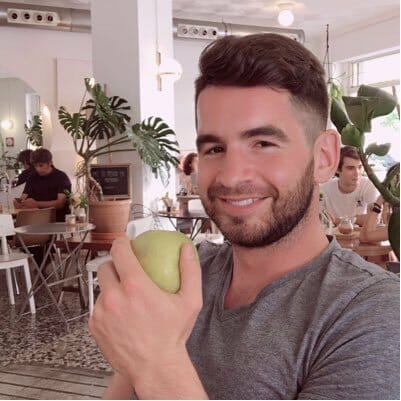 7# “You can’t get or maintain strong erections”

Bodybuilders are renowned for taking massive amounts of anabolic steroids and being unable to get erections. Many people assume that testosterone is the culprit and this myth continues. In many cases these bodybuilders either have suppressed estrogen production through their propensity to take aromatase inhibitors. Or through incorrect injection frequency, they have an imbalance of estrogen to testosterone. which plays a vital role in libido. Consequently, they struggle with erections. Libido can be a nuanced subject. And we are all wired differently. Therefore, it may not simply be a case of optimizing your testosterone leading to great erections. Nevertheless, testosterone improves blood flow to the penis. Meaning you will experience stronger and firmer erections.

While on TRT it is important to monitor PSA (prostate-specific antigen). However, despite media hyperbole, there is no evidence to suggest TRT increases the risk of prostate cancer or benign tumours in men who have started with a normal PSA and prostate function. Sadly, this myth perpetuates and seems to have begun based on a 1941 study on a single patient. Talk about flawed methodology. A a review of academic studies by Professor C.C. Carson titled ‘Prostate cancer and testosterone replacement therapy: what is the risk?‘ revealed:

If testosterone is so hazardous to prostate health, why are men in their teens and 20s not developing prostate cancer by the dozen? You can read more on myths of prostate cancer and TRT here.

As mentioned, testosterone is a hormone and not a drug. On TRT you are not taking synthetic drugs (anabolic steroids) that mimic testosterone. And therefore, you don’t suffer the side effects associated with taking these drugs. It’s that simple. If testosterone truly caused aggressive and sociopathic behaviour, then teenage boys would be rampaging the streets. And we would be in a state of martial law.

Another one of our testosterone replacement therapy myths is the potential side-effects on the cardiovascular system. However, along with others discussed, this one doesn’t hold up to scrutiny. Indeed, many studies demonstrate testosterone replacement therapy is far from harmful. And there are no conclusive studies linking TRT with increased cardiovascular risk in otherwise healthy men. Yet there are plenty of recent studies showing a clear link that testosterone is actually cardio protective.

You may ask; ‘If it’s so good, why do so many testosterone replacement therapy myths need to be debunked?’ Surely the benefits should clear for all to see!’ Ah dear reader, if only it were so simple. First of all, society has no need for healthy, energetic men who think for themselves. It would rather men become a flock of docile sheep who do as they are told. If you doubt this, take a look at the men around you in society. 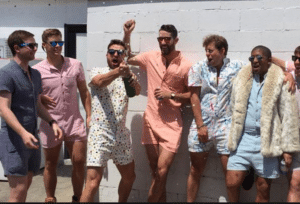 How do you think these men of today compare to men 100 or even 1000 years ago? Masculine is the least likely term you would use to describe most of them. Secondly, as TRT is cutting-edge, the knowledge base among the medical community is just not there yet. And because of the lack of knowledge, there is a high level of dogma. When I describe lack of knowledge, I mean to say doctors are just not well-enough informed. There just isn’t a standard patient of care model yet regarding hormonal optimization. Because there is a wealth of literature on the subject demonstrating the positive effects of TRT. A simple search on Pub med will attest to this. Therefore, we can either assume wilful ignorance or acknowledge this treatment has just not been adopted by the mainstream yet. Thankfully men like Jay Campbell are working to change this. Mainstream culture is notoriously dogmatic and slow to adopt new practices. History is littered with examples of this. Those who saw the possibilities early on reaped the rewards. And those who chose to wait for society were either too late or dead by the time a practice became widely accepted. The question I have for you is which one of those men do you want to be? Similarly, there is an old saying

‘Tell a lie for long enough and it becomes the truth.’

Sadly this has become the result of the lies and ignorance spread about TRT. Nevertheless, in this day and age there is simply no excuse for ignorance. All the tools and information to change your life are available to you right now. Now go out and take ownership of your health and life.